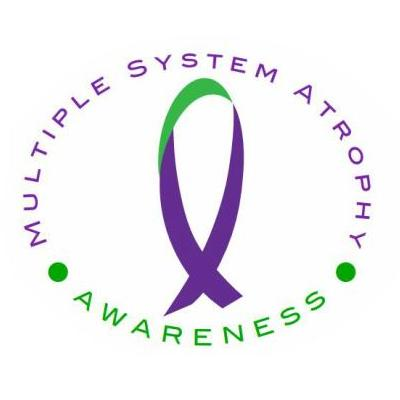 As the care partner for someone living with Multiple System Atrophy, like it or not, you are going to find yourself teaching many people about what this disease is. It will start with yourself, as you begin to realize the wide-reaching implications of this illness. Ultimately, it will encompass virtually everyone you know who encounters your loved one, up to and including many health care professionals for whom this was only a sentence in a textbook in medical school. I encourage you to use the full name of the disease – Multiple System Atrophy – not the MSA abbreviation, as people will end up only hearing the “MS” part and assume you are talking about Multiple Sclerosis, which is quite different.

When my husband Rob was diagnosed, I had never heard of Multiple System Atrophy. When we decided to tell our family and friends, we needed to figure out how to explain it to them, so I came up with what I call the ‘MSA Soundbite’:

I quickly discovered that this works well when speaking to doctors, but for a more thorough explanation, I needed to elaborate a bit more like this:

When explaining this to a home health aide, I needed to include all the details and go even further to include things like:

But there were times I didn’t want to get too technical with family and friends, so I shared a more generic description like this:

The diagnosis is a neurological problem called Multiple System Atrophy, which is an aggressive form of atypical Parkinson’s. Right now, his biggest problem is _________ (fill in the blank with one or more).

I generally didn’t get into details about prognosis, but if asked, I said that it will worsen over time. While there are medications to treat some of the symptoms, there is currently no treatment to slow the disease, but there are trials going on.

Our mission is to educate and inform people about Multiple System Atrophy!