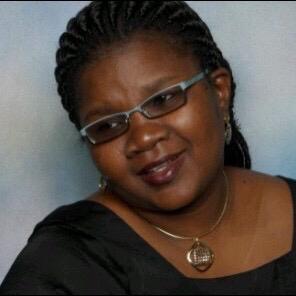 Funmi was a very reserved and unassuming lady with a smile for all occasions whether good or sad.

Funmi and I first met in the old Arthur Young, the firm that later merged with Ernest and Whinny to form the now EY (Ernest and Young). We were both training to become Accountants studying for our finals in the ICAN exams.

We got married on April 2, 1993, and had three lovely boys Damilola, Boluwatife, and Toluwalase.

We were very close friends before we were married so getting along with Funmi was very easy. We shared a lot of common interests, a love for the scrabble game which we play long into the night. Our discussions on Politics and the Nigerian Capital Market which was very active at the time.

Funmi left EY to join The Capital Consortium as the Financial Controller and then subsequently moved on to Accenture.

At this time Damilola was in the University and Boluwatife and Toluwalase were away in boarding school, so it was just Funmi and I alone at home.

We will drive to work very early from our home in Badore and after work, we stay back to have Dinner before heading home late in the evening. Our weekend is usually a walk around the local market in Badore. Funmi noticed my love for the TV series Master Chef Australia and started my lessons in cooking.

The exact date of Funmi’s ailment is not too clear but about sometime in mid-2002 started with her complaining that her handwriting is no longer legible as it starts drooling as she writes. She also started complaining of sudden dizziness and falling. She was referred to see the visiting Neurologist at the Lagoon Hospital. We were asked to run a couple of tests and on a Sunday afternoon, we were told that she has an ailment called Multiple Systems Atrophy (MSA). A very unusual and strange name. She explained that it is a rare and uncommon ailment resulting in the degeneration of motor function resulting in death in about 12 months.

We thought that she must be joking, and we were sure we definitely needed a second opinion. Meanwhile, the symptoms started to affect Funmi’s work, and sadly she had to resign from her employment with Accenture to focus on her health.

Funmi’s older sister works as a senior nurse in the US and advised that we make arrangements for her to come to see a Neurologist in the United States. The initial diagnosis was confirmed, and we subsequently moved from trying to understand MSA to learning fast how to take care of the many symptoms that started coming up.

Funmi’s speech became slurred, she needed help walking on her own and she gradually started losing her memories.

As Funmi’s ailment became known amongst family members and friends, everybody wanted to help in whichever way they could. We also received advice on one treatment or the other but in all, we were supported with prayers.

Funmi needed constant attention and we both worked out an arrangement for her daily care. We rearranged the house to make it easy for her to move around on her own with a walker.

Sadly Funmi passed away about a week after we got back from the United States.

Taking care of an MSA patient requires full-time attention and with hindsight, I believe we would have required a full-time and professional caregiver to enable her to get through each day.

It was very frustrating not knowing much about MSA and whether the first diagnosis was correct or not. The lack of knowledge about MSA amongst Medical Practitioners was very surprising as several medical practitioners we approached always diagnosed Parkinson This lack of information about the ailment means that specialized caregivers were not available in our local environment.

This was our motivation for setting up a foundation in Memory of Funmilayo to create awareness about MSA.